Myan Shwe Pyi Tractors (MSP CAT) is a limited company, registered under the number 145705959. All the information about MSP CAT owners and directors can be found on the MyCO portal.

MSP CAT’s corporate governance is simple: U Khin Maung Win is the shareholder and chairman of the Board. To ensure the efficiency of its management, MSP CAT has set a two tiers governance system:

MSP CAT governance structure is summarized is the chart below:

The Board of Directors is responsible for:

The chairman of the Board’s responsibilities are broad, as he has to: 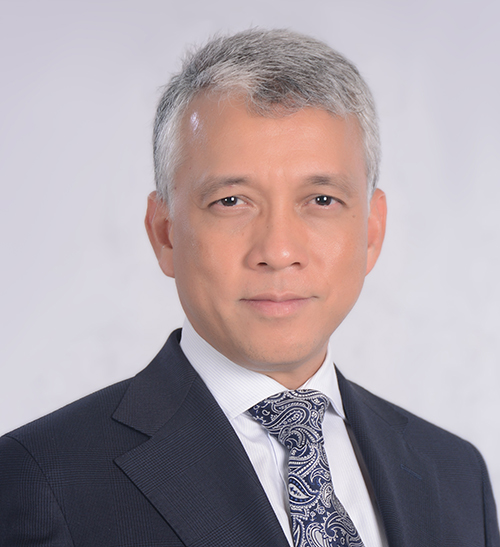 Khin Maung Win (“Khin”) is the Chairman of Myan Shwe Pyi Group (“MSP Group”), in Yangon, Myanmar.
Khin started his career working in construction and mining equipment industry in Singapore and Indonesia. In 1995, he returned to Myanmar and started the business supplying heavy equipment for infrastructure projects such as hydro-electric and irrigation dams, oil and gas pipelines and highways. The business expanded as Myan Shwe Pyi Group ("MSP Group") and became one of the largest aggregate suppliers in Myanmar.
In 2011, the group's Myan Shwe Pyi Tractors Limited ("MSP CAT") became independent dealer for Caterpillar in Myanmar. Employing over 1,000 highly skilled employees, MSP is a leading company in electric power generation, service and supply of construction and mining equipment, diesel and natural gas engines for transportation, agriculture, oil and gas industries.
Khin Maung Win attended Medical University in Yangon and left in 1988 when Myanmar suspended all University education. Khin completed Advanced Diploma in Computer Studies from Singapore in 1993 and Executive Leadership Program “Digging Deep” organized by Caterpillar together with Stanford University in 2013. Khin is currently serving as the President of American Chamber of Commerce ("AMCHAM") in Myanmar, the President of Myanmar Cycling Federation, a Board Member of International Investors for Mineral Development Association ("IIMDA"), and as members of Myanmar National Olympic Committee and Asian Cycling Confederation Management Committee. 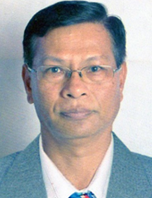 U Myat Thu (a) U Pye Aye ,was born on 10th, February 1955, in Ye Pyar Village, Pauk Township, Pakokku District. Upon completing his Basic Education High School, Pakokku, U Myat Thu joined the General Administration Department in July 1973 serving as Clerk-1 position. Thereafter, in March 1974, U Myat Thu joined the Myanmar Army and attended the Apprentice Officer Training Course No.(4). On successful completion of his training in May 1976, he was appointed as Apprentice Officer.
A year later in May 1977 U Myat Thu was appointed gazette officer, Second Lieutenant. U Myat Thu was eventually promoted to Colonel and given the responsibility of Platoon Commander, Company Commander, Military Column Commander, Quartermaster Staff Grade (3), General Staff Officer Grade (2), Commanding Officer, General Staff Officer Grade (1), undertook responsibility as secretary of (Border Area Development Committee, Eastern Shan State) and finally Tactical Commander.
As the commanding officer, he managed and supervised area development such as security, transportation, social development etc., in Tar Lay Township, Tarchileik District. As a military cadet he completed University Intermediate Part (B) Level. Furthermore, successfully completed General Staff College Course No (50) at Kalaw. U Myat Thu was transferred to Ministry of Religious Affairs, Department of Religious Affairs on 1st, August 2007. Appointed Director and later promoted to Deputy Director General up to 31st, July 2011. At that time, attended the English Diploma Course at the Yangon Cooperative College. From 1st, August2011 to current time, U Myat Thu joined Myan Shwe Pyi Tractors Ltd as its director. 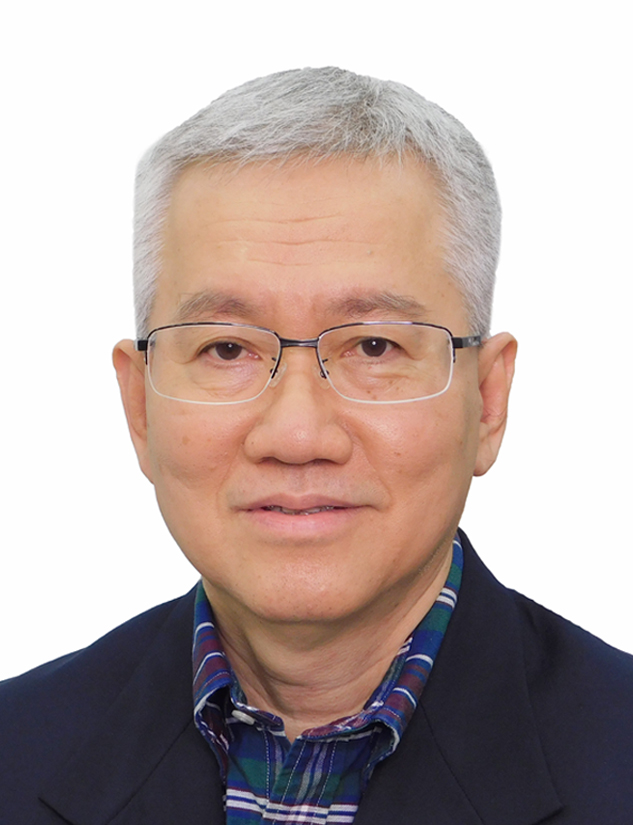 Ng Chong Ted joined MSP Cat in July 2011 as its Chief Financial Officer. He is also currently serving as the Chief Human Resource Officer of the company.
An accountant by profession, having graduated from National University of Singapore with a Bachelor of Accountancy...

Ng Chong Ted joined MSP Cat in July 2011 as its Chief Financial Officer. He is also currently serving as the Chief Human Resource Officer of the company.
An accountant by profession, having graduated from National University of Singapore with a Bachelor of Accountancy Degree in 1983, Chong Ted has gained considerable experience not only in the profession itself but also in operations as well.
He had spent a major part of his career with Sime Darby Singapore, which is part of the Sime Darby MNC. Sime Darby Singapore group itself has many subsidiaries operating in diverse sectors such as motor dealerships, heavy equipment, travel agency, consumers and industrial products, packaging and property investment spanning across Singapore, Indonesia and Brunei.
Before joining MSP Cat, Chong Ted had spent several years as General Manager of a subsidiary company belonging to a public-listed company in Singapore. As the General Manager, he was tasked with managing the group of companies under the subsidiary with P&L responsibility.
In January 2019, Chong Ted assumed the position of Chief Executive Officer of MSP Cat tasked with overseeing the performance and profitability of the company and the group. 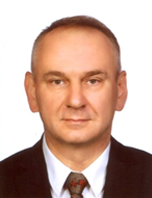 Mr Wojciech Kedziera has 26 years of experience in international industrial product sales, complex contracting and customer care. He started his career in 1987 in Poland at the factory...

Mr Wojciech Kedziera has 26 years of experience in international industrial product sales, complex contracting and customer care. He started his career in 1987 in Poland at the factory manufacturing heavy construction machinery for Komatsu - Dresser Company. In 1996, he became Director of International Sales of a j.v. company established by KDC and its Polish licencee HSW S.A. In 2001 Mr Kedziera moved to Singapore as the Managing Director of Conequipco AP Pte Ltd. In the beginning of 2014, he joined MSP CAT as its Chief Operating Officer responsible for sales of machines, product support, branches and rental operations. 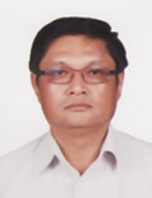 Bo Bo Thein was graduated from Yangon Institute of Technology in 1983, with Bachelor degree of Mechanical Engineering. After graduation, he joined Electrical and Mechanical Engineering Corp, Ministry of Defense. After 9 years services, he joined Caterpillar Dealer in Myanmar as Machine Rental Manager. In 2003, he moved to Pharkant Branch as Operation Manager and returned to the Head Office in 2010 for the position of Special Project Manager. From 2011 to 2018, he was General Manager of Product Support Division. 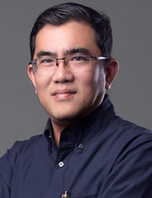 Zaw Thein received B.E (Mechanical Engineering) from Yangon Technological University in 1996. In 1997, he joined Myanmar Tractors Ltd, the previous Caterpillar dealer in Myanmar, as Rental Sales Engineer and rose to Manager (Rental & Used Equipment). He has an extensive experience in Heavy Equipment Rental business covering Rental roll-in, roll-out, Fleet Maintenance, Repairs, Operations under various applications, and Resale. He has always been an active participant of all HSE activities.
In 2013, he was promoted to the current role of General Manager (Machine Division) of MSP CAT, responsible for the management of entire operations of CAT machine sales in Myanmar. Zaw Thein and his team covers a wide range of industries including Mining, Construction, Building Construction Products, and Paving and Used Equipment. His responsibility covers business development, marketing and customer relationship management, sales strategy formulation and implementation including leading of sales team in machine application, configuration, order planning, logistics and inventory control.
Zaw Thein’s insight into the business and long term involvement in promotion of CAT brand in Myanmar has earned him the trust of customers and business partners. His current focus is on strategic initiatives in raising sales volume through expanded customer base to capture higher market share. 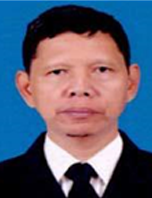 Khin Maung Htun is a General Manager of Equipment Rental in MSP Cat. He was graduated from Rangoon Institute of Technology (RIT) with Bachelor of Mining Engineering in 1983. He worked for 10 years ...

Khin Maung Htun is a General Manager of Equipment Rental in MSP Cat. He was graduated from Rangoon Institute of Technology (RIT) with Bachelor of Mining Engineering in 1983. He worked for 10 years in Mining Industry to assure the production in double, 57 tons to 120 tons per month at Maw Chi Mines Project, No.2 Mining Enterprise. And also worked for 8 years in Myanmar Tractors Ltd. by leading the projects like A Black Belt Six Segma Management System for improving business processes. Then after, another 8 years worked in other Machinery Distributors, Bayint Naung Tractors (Volvo & Shantui), Htun Nay Wun Thitsar (Doosan), and Myanmar Kaido (Kobelco) for developing processes, Projects, and creating new business segments. Currently, he is leading the Equipment Rental Business with CATERPILLAR, SEM and FIORI Products (Total 78 units) starting the 1st November, 2018 as a new company MSP Rental Ltd.

General Manager of Energy and Transportation 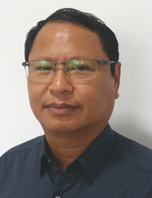 After his graduation for Mechanical engineering from Yangon Institute of Technology in early 1995, Tin Maung Win joined Myanmar Tractors, Caterpillar dealer in Myanmar. He started his career as ...
Since 2016, he is leading the Energy and Transportation division.

General Manager of Energy and Transportation

After his graduation for Mechanical engineering from Yangon Institute of Technology in early 1995, Tin Maung Win joined Myanmar Tractors, Caterpillar dealer in Myanmar. He started his career as Sales Engineer with Caterpillar Dealership. He also completed post-grad Diploma in Management and Administration from Yangon Institute of Economics. He was given opportunity to expand his responsibilities within the Energy & Transportation division. When Caterpillar Dealership was transferred to a new entity, Myan Shwe Pyi Tractors, he managed to deliver some critical projects successfully for the company: IPP Power Plant (Ywama), project development and execution for several factories and power plant projects such as Coca cola, CP livestock, MPT Data Center Project,...
Since 2016, he is leading the Energy and Transportation division. 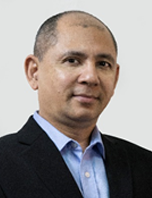 Min Swe Oo joined MSP Cat on July 1, 2011 as a Human Resources Manager. He is working at present as General Manager leading the MSP CAT HR & HSE Team and partnering with the MSP Cat Senior Management team in shaping, strategizing and delivering the organization’s performance. Graduated from the University of Yangon with a Bachelor of Arts degree in 1987, Min Swe Oo started his professional career as a Training Instructor in hotel & tourism industry and later on became an HR Practitioner working for international chained-brand hotels in Myanmar and overseas. With an urge for career enhancement, Min Swe Oo decided to look for an exposure in a different industry and has become a Caterpillar Dealer HR professional since then. 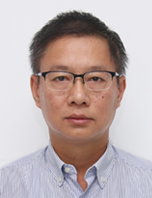 Moe Min Win is General Manager of Product Support Division for MSP Cat, the authorized Caterpillar Dealer for Myanmar. He graduated from Yangon Institute of Technology with a bachelor of Mechanical Engineering ...

Moe Min Win is General Manager of Product Support Division for MSP Cat, the authorized Caterpillar Dealer for Myanmar. He graduated from Yangon Institute of Technology with a bachelor of Mechanical Engineering in 1994
He has more than 22 years of service with Caterpillar Dealer and spent major part of his career in Product Support Service operation. Working as a Service engineer, Technical communicator and Service division manager, lead Service operation and provide valuable support to our customers.
In 2011, he worked as a Facility Development manager. In 2016, he became General Manager of Administration. In January 2019, Moe Min Win assumed the position of Product Support General Manager and he is overseeing the product support operation of the company. 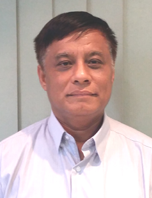 Kyaw Kyaw Tun joined Caterpillar Dealership in Myanmar since 1997 as an accountant. He joined Myan Shwe Pyi Tractors Limited when the Company took over ...

Kyaw Kyaw Tun joined Caterpillar Dealership in Myanmar since 1997 as an accountant. He joined Myan Shwe Pyi Tractors Limited when the Company took over Caterpillar dealership. Today, he is working as General Manager, and is managing the Finance team. Kyaw Kyaw Tun was graduated from Yangon Institute of Economics, with Bachelor of commerce in 1985 and honours degree in 1986. He has over 30+ years of experience in finance and accounting and audit in private and governmental organizations. 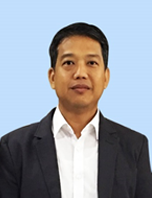 
The Chief Finance Officer (CFO) is responsible for risk management. For the most critical risks, an action plan will be defined and then implemented by the relevant departments, which will report their progress during the Management meetings.

Currently, MSP CAT is dealing with 4 main types of risks.